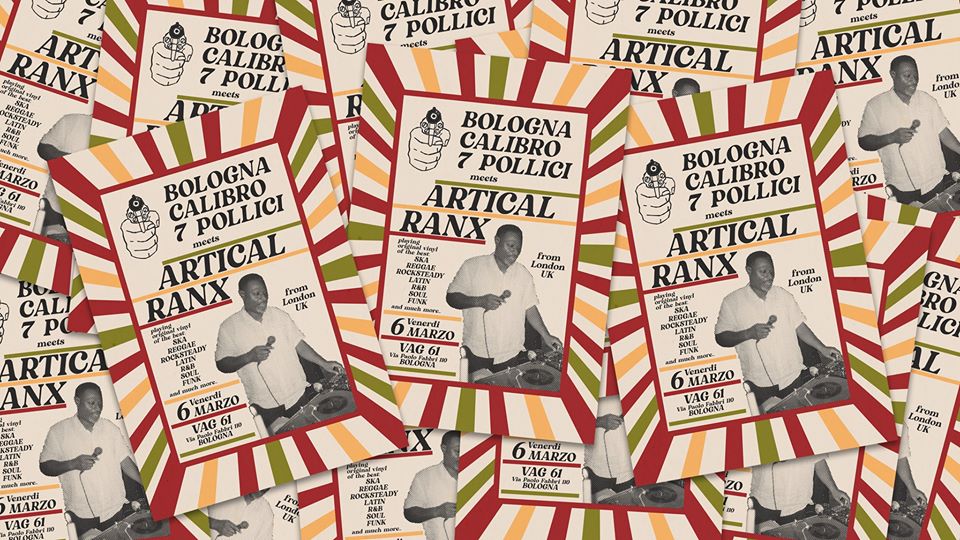 Playing & hanging around with sound systems from the late 70’s – 80’s 1st sound Negus Nagast is where I learn my trade then later known as Negus Roots from New + south london. Owner for the sound was Peter Myrie aka Peter Negus aka Fatman. Sadly no longer with us R I E P.

He was my mentor and I learned my dj and selecting skills from him he was jamaican and when dem rate you dem give you nickname, mine was Ranking London. My older brother also ran with a roots sound called JA MAN at the time, he then went on to build his own sound which I was then part of called CITYMIX SOUND. I was mainly the head M C (Toaster)

Moving on I have evolved and carved out a career for my self as a top revival selector along the way entering clashes wining several making me a multiple revival cup clash holder
I have also played @ festivals such as Reggae Geel (Belgium) Rototom (Spain) and various cities Germany, Italy and more throughout Europe and the UK. I am basically on a mission to play and spread this music in my own brand and style to as many people as possible. I am currently a radio presenter on VIbes fm (www.vibefm.net) i also run jointly with Tiny T a promotion called Vinylsplashdown which is a celebration of the resurgence of the vinyl record and also offers a platform for rising talent within our community.

This entry was posted in Archivio iniziative. Bookmark the permalink.